In Hollywood, Dorothy Arzner was one of the early female directors in the history of cinema, with her career ranging from silent films to colorful ones.

The series of women artists, which I started in August 2018, has introduced many women artists from different countries to our readers. However, when I received feedback from our readers that I was constantly focused on women painters, I decided that I should focus on women working in different art fields.

Dorothy Arzner was born in San Francisco, California on the 3rd of January, 1897 (some sources say 1900). Arzner’s midwives ran a café in Los Angeles where silent cinema stars such as Charlie Chaplin and Eric von Stroheim often stopped by. During her youth years, Arzner had the opportunity to see big cinema stars at such a young age when she was a waitress in this café. After graduating from high school in 1915, she went to Southern California University (USC) to study medicine, but in 1917, due to the conditions of America entering World War I, Arzner was forced to drive an ambulance during the war. 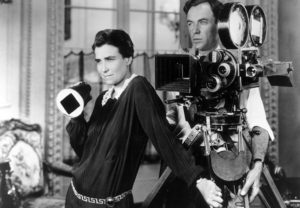 After working in an ambulance in the early 1920s, she became a journalist for a short period, thanks to William C. DeMille (Director Cecille B. DeMille’s brother) She had the opportunity to enter film studios and later on decided to work in the film industry.

In the 1920s, when Arzner was doing her first scriptwriting in the cinema industry, most of the women working in the silent cinema industry were not behind cameras, they were given script writing. Along with Lois Weber and Frances Marion, Dorothy Arzner became one of the first woman screenwriters in Hollywood. In the 1920s, she worked as an editor and scriptwriter with the Paramount studio and the famous directors of the period such as James Cruze. 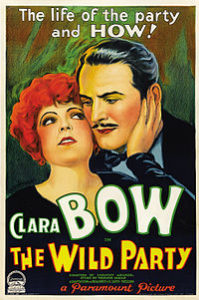 In 1929, when Paramount dropped his employees’ salaries due to the Great Depression and the economic collapse in America, Arzner left the studio and started working independently in MGM, RKO and different studios. In 1933, she directed “Christopher Strong”, starring Katherine Hepburn’s as the main lead, and in many of her films in the 1930s, she starred powerful female lead roles in her films. In 1933, the American Board Guild was founded and Arzner was the first female director to participate.

Until 1943, after directing “Craig’s wife,” “Dance, Girl, Dance,” and “The Bride Do Red” in Hollywood, she stopped directing long feature films. In the 1950s, although she worked in short television departments and commercials, she didn’t return to the cinema industry.

From 1960 to 1979, she taught film theory and directing at UCLA. One of her first students, Francis Ford Coppola, was famous for pulling the “Godfather” trilogy after the film school. During the same period in the 1960s, articles and criticisms about the films of Arzner increased with the introduction of the feminist movement to cinema through feminist film theory.

In the so-called “golden age” period of Hollywood, Dorothy Arzner, being the only female director, was one of the pioneers of the next generation of women directors and feminist film theory in the period when women were only seen as “stars” in cinema.