“Skolstrejk För Klimatet,” started by 16-year-old Greta Thunberg, has spread around the world in the past year. Children from all around the world have started school striking every friday to raise awareness about the climate crisis. The movement keeps spreading on social media with the #Fridaysforfuture and #Climatestrike hashtags. Greta called out for a global climate strike that took place on September 20th and 27th. During these days, adults joined children during the strike.

I spoke to some people during the strike in Istanbul and asked them a very simple question: “Why are you here?” Because the answer was just as simple as the question: we wanted a future. 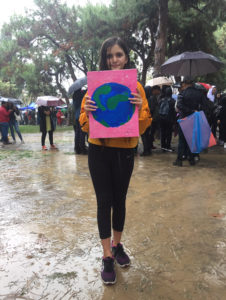 I want to leave my grandkids a good place to live. 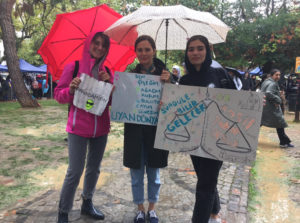 To defend the climate and save our world because it is lead by bad people who only think about money. It shouldn’t be like this. There is almost no world to run anymore but they’re still after money. I am here because of this.

I believe coming together makes a difference and that if children and adults came together they would be able to do something. That’s why I’m here to support this movement and share the moment.

I don’t know if we’ll have a direct effect but I believe it is important for us to gather around like this because the climate crisis has many political layers to it. That’s why I think it’s extremely important to show that we can not allow this. 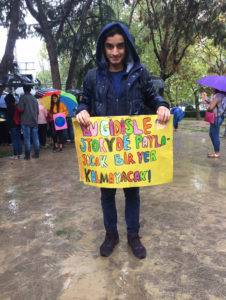 We want things to change. The current system depends on fossil fuels, we want to change that. We want to use solar or wind energy rather than fossil fuels. We’re here to provide a better life for the next generations. We’ll be here no matter what. 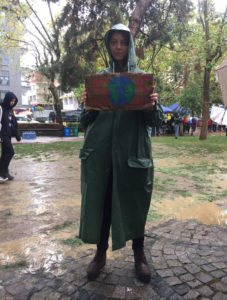 We consume the world’s resources so rapidly that, as science says, we have a very limited amount of time to turn things around. I believe nature will find a way to get rid of humans but to create the mindset for minimalising the damage people should come together. It gives me hope to see that young people are taking action to change things. 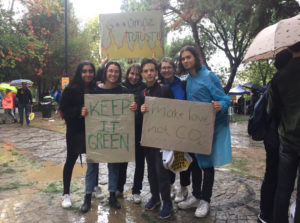 The world is coming to an end and we don’t want it to end. We see unjust nonsense all the time. We’ve had enough of corporations’ carelessness and the fact that they don’t take us seriously. We are here!

There are people unaware of climate change. We want to tell them it effects and how our world will end.