Look around. What do you see? Trees, buildings, the sky… Wait a minute, garbage? It isn’t that surprising anymore, we got used to it. Cigarettes and plastic packages scattered around the side of the roads, unfortunately, aren’t abnormal anymore.

Think for a moment. Should it be like this, or is there an alternative? The answer is clear: Recycle.

All kinds of plastic are used for hundreds of different reasons. Sometimes the most unexpected objects contain plastic. It is true that plastic makes our lives a lot easier. There are countless properties that are plastic, such as water bottles, straws, and steering wheels. The pen that you might be holding in your hand or the light switch of the room you are in at the moment, are probably made of plastic. If you look around carefully, then you will see many more plastics than I can count around you.

The main problem is when we spot plastic alongside fish in the water. Plastic breaks down to small pieces and becomes microplastics when it is dumped into the environment. This means that there is much more plastic than we can see with our eyes. How much plastic are we facing?

Every human on Earth uses 136 kg of plastic each year. A very big part of this plastic ends up in water sources. You may ask how the plastic in regions that are far from water affects the water sources. It is only normal that plastic gets carried away by the wind and end up in the oceans. Either in Istanbul or the Sahara Desert, if you decide to throw away a plastic bag, it will find its way to the ocean.

These bags may have several possible consequences. They may cause animals’ death by strangling them or getting into their digestion system. As another alternative, they may break down into small pieces and become microplastics. These microplastics get into animals’ digestion systems and also the food chain. This means we, eat the plastic seafood contains. Quite ironic, isn’t it? Our “garbage” eventually returns to us. During the process, it causes irreversible effects to many others.

Just like marine animals, terrestrial animals also can’t escape plastic’s effects. Every year, birds die because they consume plastic. Albatrosses travel kilometers to find food for their cubs. However, when they bring back plastic instead of food, the cubs die before they can leave their nests. This is one of the clearest examples of plastic’s effect on animal populations. 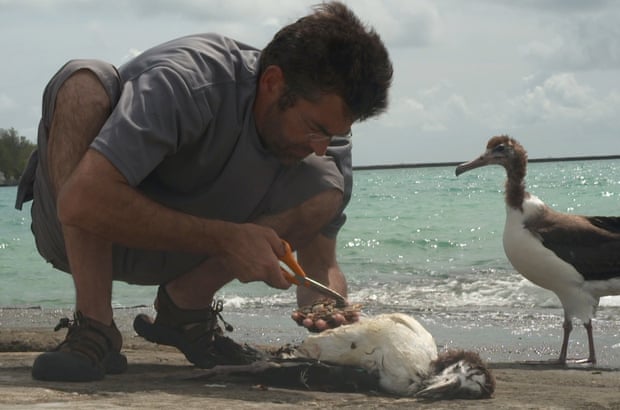 One of the precautions taken for this is paper straws. In the cafe in Sabancı Museum, they use paper straws. One disadvantage of paper straws is that they get warned out pretty fast, so you may need to finish your drink a little quicker than usual. Another precaution for this is using herbal ingredients such as sugar canes or bamboos. By using natural ingredients, the effects of plastic can be avoided but then there arises the need of agricultural areas for the plants used in production.

Recycling should become one of these precautions. You may say that you don’t throw plastic away and put it in garbage bins but, plastics in these aren’t separated from other garbage. To prevent this and use the plastic again recycling is essential. Recycling is also a method that is not possible after some point since plastic becomes unusable after several times of recycling. Still, it is important that there is a difference between plastic becoming garbage right away and after two or three times.

You may think that plastic recycling bins are too rare and you would be right. You can collect some amount of plastic decently before throwing them into a recycling bin that you have access to altogether. It is a better option than the waste stays with you rather than in the environment.

Of course, recycling is the last option. First, we should reduce, then reuse and recycle after we have done these.