At only 15, director Ella Fields has already won some awards in the United States.

If you haven’t heard of her you are missing some amazing short films. Her last one, “Bubblegum” has gained media attention, especially in pride month.

We had the chance to interview Ella, who is an upcoming and successful director who likes to share her stories in her own way.

Can you introduce yourself shortly?

My name is Ella Fields. I am a 15 year old female filmmaker who enjoys creating content in order to give people a voice and inspire them to own.

Who is your biggest inspiration?

My biggest inspiration would have to be my dad. He is a creative person as well, and growing up it has been so inspiring to watch him work at what he loves. He has been nothing but encouraging, and I hope to be as persistent with film as he is with music.

When did you start writing scripts and producing films?

I have been making films since I was six years old. They definietly weren’t good, but that was really the start of what I would later learn is my greatest passion. In middle school, I joined a film program where I was taught the fundamentals of art. That is when I really learned the tools in order to better express myself through this incredible art.

If you could meet someone (dead or alive) who would it be?

It would probably be Wes Anderson. He has the most unique and individual way of expressing his world through film, and I would love to pick his brain to see how he gets his inspiration. Based off of his films, I can imagine he would be a very compelling person to talk to.

For your last film “Bubblegum” what was your inspiration ?

I really wanted to create something that is relatable for every LGBTQ+ person. The painful process of realizing that you might like someone that you were not raised to like is terrifying. It is very easy to be in denial about it, and in “Bubblegum” I truly wanted to show the rawest emotions of love, heartbreak and realization.

Can you describe the process of shooting “Bubblegum”?

The production process of “Bubblegum” was hectic and stressful, but at the same time it was one of the best shoots I ever had. My main actress, Eleanor Bastable, flew to Los Angeles from England in order to play the role, so we only had the weekend to shoot. She came in on Friday and we proceeded to have two 14 hour days and one 7 hour day with 17 locations. I didn’t think we would get everything done and there were some scenes we had to cut, but other than that, everything turned out how I imagined it.

Which scene from “Bubblegum” is your personal favourite?

It was definietly the train scene. We drove down to the train tacks without any information about what time it would come by. We waited a bit, rehearsed the dialogue, and ate, but the train never came. We were losing light and hope. As we began to pack up we heard a “choo choo” sound in the distance, and started screaming! After we got the perfect take, we all jumped on each other and hugged, it was the most exhilariting moment.

What challenged you the most? The budget, time, locations or actors?

Locations were definitely the toughest thing to handle. There were quite a few montages throughout the film so we had a lot places to travel in a short amount of time. Not to mention, we had to get permission to shoot at most places and we got kicked out of some. 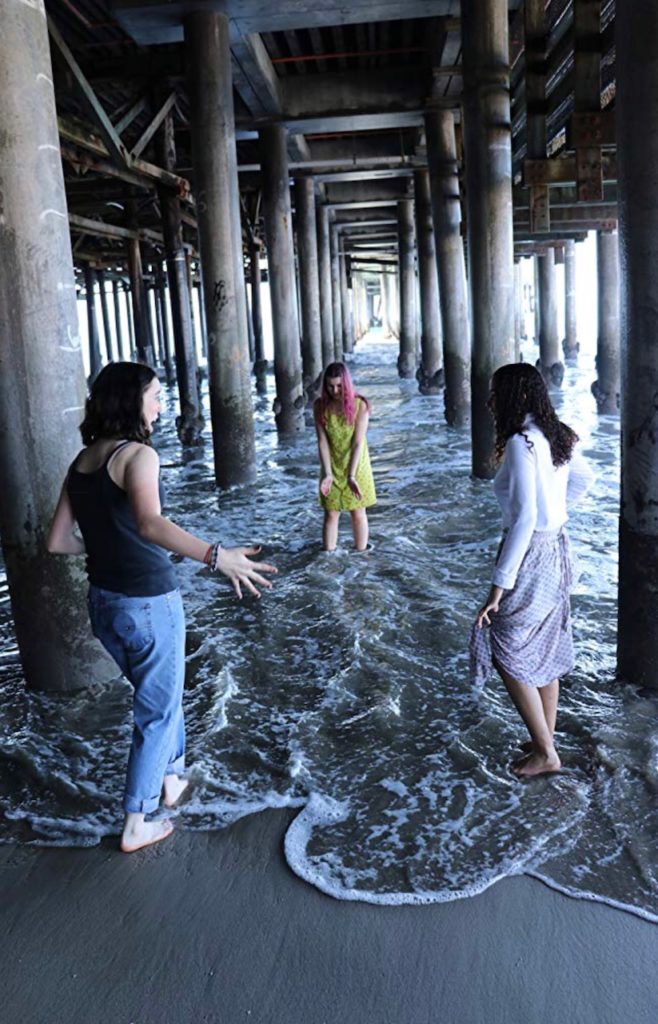 Do you have any new projects coming up?

I am currently at a film camp in Seattle and am in production of an experimental film about what it is like to be transgender.

Is there anything else about yourself that you would like more people to know?

I have a recent obsession with shooting on film! I got a 35mm photography camera for my birthday recently and a Super 8 video camera for myself. I love the depth it gives off and the emotions it brings up.

Finally, do you have any advice for young filmmakers?

The best advice that I can give to anyone who wants to get better at making films is to simply make something. Film with your phone and edit in iMovie- do what you have to do, but every time you produce content, you will learn a lesson and you will grow tremendously!

The Unknown Story Behind The Murakami Flower