A few weeks ago, we asked our readers to share stories from their lives, real-life memories that explain how closed doors in their lives affected them. We wanted to share a few of the answers we got. Without further ado, here are their stories. 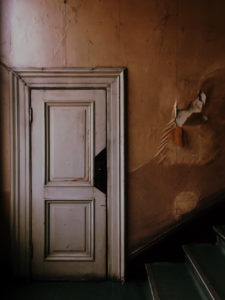 “Mine would probably be that I moved to another country and I didn’t get to stay at my old school, but this opened so many opportunities for me and I learned and grew so much as a person. I wouldn’t have it otherwise. It enabled me to have a more global perspective and I feel like I have many advantages of experiencing and living through multiple cultures, I think that has allowed me to be more aware of what’s going around us and matured my view on everything.”

“In my experience, a closed door helped open a brand new door for me. I tried out to be a vice-chairman of a committee in the MUN (Model United Nations) conference at our school. I was eliminated, so I signed up for my second option, being a lawyer. I was very prepared.

Somehow there was an opening and I became the secretary (also considered a vice-chairmanlike position) Unlike other secretaries, I didn’t have to take notes (she laughs) but let’s say I still got the same privileges as them and it was the most fun I’ve had in an MUN conference.”

“When I was in 9th grade, my school informed us about a foreign exchange program called AFS, and I really wanted to go. I got permission from my parents, applied, took the exam. Meanwhile, my dad was asking me if I should have, instead of this program, applied to study abroad in a boarding school in London. I thought this program would be much better. I was called in for an interview and they told me that they saw me fit for a three-month exchange during the summer. I didn’t want that.

So I applied to England, an option I never before saw fit for myself. While I wanted to go to a one-year exchange program, I ended up being lucky enough to study in England. I finished my second year in this school and I’m really happy.

Maybe if I had gone to the AFS program, I would regret it. I don’t knoıw, but that door closed and opened a much better one.” – Selin

The first thing that comes to mind when I say doors… is my childhood and family, the biggest doors that were shut in my face were closed by them. I was born in Istanbul but am the daughter of an Anatolian family. When I started elementary school, they decided to move back there. A small Anatolian town, quite conservative; a community that is moving through religion and tradition. Of course, as soon as my parents got back there, they adjusted back to their original codes, and they always tried to frame us like that as well.

My parents (especially my father) were very strict. It was not a place full of cafes, cinemas or theatres, but we would be very anxious even when we were chatting with our friends or strolling in a group of girls and boys. There’s also the effect of our towns beliefs and views in my family’s perspective, but the thing is, imagine that they wouldn’t want to allow -not even school activities- when we were trying to ask for permission for something.

I had to do something to end this – it wasn’t something I did consciously, but rather something I realized later. Unfortunately, I became more manly. It was so hard to be a young girl there that I took away my girliness as much as I could. I finally had something in common with my father. I was curious about football, which made me much more easily accepted next to men because it made me the ‘Male Fatma’. I stuck to this style until high school.

When I was in high school (the late 90s, early 2000s), we had internet access in our house. For people living in closed societies like us, it was a very dazzling thing. Television, internet, and movies have a huge impact on the demolition of other doors – because I knew one type of person: they believed, they were religious, they fasted, they prayed; they followed the rules, they dressed according to certain rules, they did not drink alcohol, they would not go out, they would not have groups of friends with both girls and boys. In such a place, the ‘life outside’ I saw from the internet, books, and movies shook my universe. Yeah, there’s a life out there, and I have options out there; and the first thing I can do to achieve that is to go to college, and that was the most motivating thing in my life, getting out where I am, and out of pressure.

The things I watched in Cine5 (I don’t know if it still exists) increased my familiarity with foreign culture, and I started listening to foreign music. At that time, of course, there were no translations on the internet, so I tried to translate the words I listened to it with the dictionary for hours. And this helped me develop my English since I had to put in a lot of effort. Reading foreign poems, books, trying to open a new path to myself has brought me a completely different universe.

But my studies concentrated on math and science, and my parents wanted me to study engineering, or they wanted me to be a teacher. I didn’t want to be a teacher at that time because all my teachers seemed unhappy. My friends and I had a genius plan, for I don’t know what reason, and we didn’t study for the university exam that year. We said we could enjoy the end of high school, raise our high school grades, sit down and work next year and win the part we want. I received an average score from the exam I had never studied, and at that moment my father’s reaction was very scary, I never thought I’d come across such a response. Failure is, of course, an ordinary thing, and I thought they would understand.

Then I realized that my score is not that bad – I could study economics – which was partly valuable because it didn’t have too many graduates at the time. I was so scared to stay in the mold that my parents stuck me in for another year that I  tried to make a new path myself by running away to college.

This story is probably not very strange. In such closed societies in Turkey, the story of half of the young people is probably similar to mine up to this point. But when I came to college, I exploded because of the things I squeezed inside of me. I have used my freedom to try new things (by trying everything, EVERYTHING), of course, eventually, in a way that would be wise. I’m lucky I had the right friends, so I picked myself up. Just because no one interfered with me didn’t mean I had to do something. It took me time to figure that out.

Then I would benefit from English that opened the door to me and showed me that there were other kinds of lifestyles. My spouse was an English teacher, and when I looked at him, my thesis “teachers are unhappy” collapsed, so I decided to become an English teacher. Despite all the opposition of my family, I left behind my spouse and the city we live in. This was my second chance, my second university experience, and I was very good at it. For everything to run, there was a woman who put in the effort now. Trying to balance family relations and a relationship with her spouse.

Then I graduated, was appointed and reached my thirties. It’s a bit weird, to reach your thirties and persevere in your profession, but as I said, it’s not easy to reach certain goals. I worked away from my partner for one year, so once I returned there was a void between us that needed filling, we needed to fix our relationship. By the time we were able to fix that we decided to leave Bursa. Because of what I saw on the internet and in movies, I had always imagined my future as a modern city woman. Although I later noticed that I was hesitant because I didn’t want to end up like my family. I tricked my husband (laughs) to move to Marmaris. It has been a year since we moved. I’m still in the middle of a journey to reach myself. As always, my family and the people around me opposed, about starting from scratch again… but I’m happy! This was another challenge for me and I overcame it too.

As a thirty-five-year-old woman, who has been with the same man for thirteen years and been married to him for ten of those years, the idea of children is often brought up, in every setting. From my family, friends, even those who I see as forward-thinking feminists. There is an idea that “children” and “womanhood” are part of the same picture, but only I can decide when I want this to happen. I think- obviously, this is my own perspective- the amount of doors a woman needs to abolish, no matter where she is in the world is more than a man’s. To be a woman who doesn’t want kids in this society is unamendable and because most of society doesn’t understand this, the biggest wall I had to abolish was this. Obviously, this doesn’t mean I’ll never have kids but resisting this has great meaning for me. I don’t know whether what I wrote is connected to the subject, or whether I’m being silly because I have quite a complicated life.. (her colleague comes and tells her that the tea is ready) Okay, I’m coming. (her colleague leaves) I think that’s it.”

To add in an example from my own life… Throughout the last three years of middle school, my team and I participated in a competition called Destination Imagination. We practiced at school and were encouraged by teachers. After middle school, we all went to different high schools, we decided that we wanted to continue competing, with the same team. So we opened a door never opened before and became the first independent team in Turkey, meaning we were doing this outside of school. It’s good we were brave enough to do that, because, in three years, we came in fourth in Turkey once and third twice, were qualified for the Global Finals twice – attended once and ended up in the top 20 worldwide. If we didn’t go through that unopened door, or lives would be much more different…

Thank you to everyone who helped us.