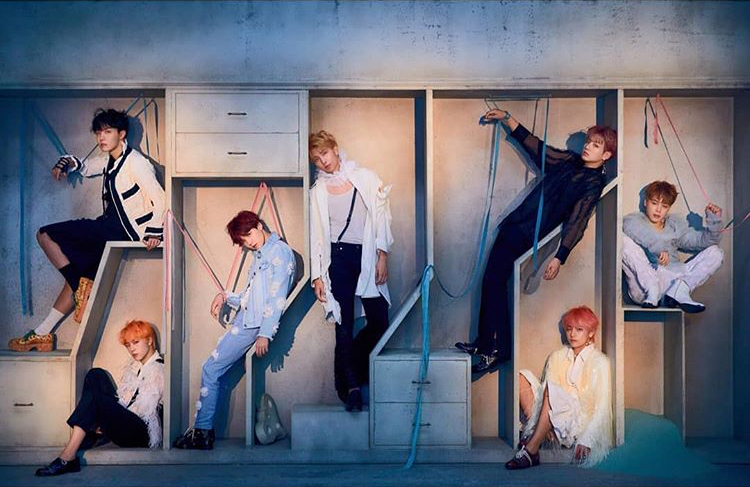 Long awaited for its arrival, Kim Namjoon from BTS, well known by his go-to stage name RM, dropped mono. on the 23rd of October 2018 with a two-day prior notice and no promotions. The album — or more affectionately dubbed as a playlist — broke a staggering record previously held by bandmate Jung Hoseok and reached #1 in 86 countries worldwide within 24 hours of its release. 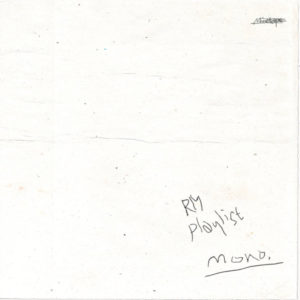 In a recent live stream, RM reveals his deliberate choice of labeling his collection of music as a “playlist”. mono. is a collection of seven tracks with no two songs that sound like each other introducing a wave of fresh air into the music industry where fans and non-fans alike come together to experience something never done before.

mono. is devastatingly beautiful and poignant, speaking of the loneliness and love RM has carried on his shoulders across the world. RM describes the album as a friend to one more than anything and hopes that his music provides some kind of answer and solace for anyone who seeks it. 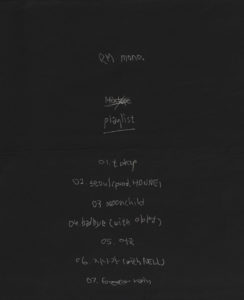 mono. starts with tokyo. RM, who is well known for his genius wordplay infused within his music, has evidently picked out each track’s title with careful consideration. tokyo, which could be Japan’s capital to some, could also mean loneliness and longing in Korean. It is the only song completely performed in English with lyrics that reach out and shake you. “I see Pinocchio wearing a poncho, it’s me some time ago.” The track begins with the rumble of a train and ends with someone whistling to the tune. RM describes the track as a lonely song and claims it’s well fitting for him.

The next track that follows is moonchild. RM laughs and affectionately calls his fan his moonchildren in his live stream. The track is for the children of the night or the ones who feel the most liberated when the sun sets. moonchild remains one of the general public’s favorites with an astounding collection of two million streams only on Spotify. The lyrics provide a sense of comfort for the ones who feel comfortable in their skin mostly at night and RM comforts them, “Moonchild, don’t cry. When moon rises, it’s your time.”

moonchild is followed by badbye. Described as a haunting track but an irresistible beat to it, RM worked along with vocalist eAeon from Korean band Mot, well reputed for their melancholic music. The lyrics are quite dark and the singer sings about wanting to be killed “softly”. One might marvel at the juxtaposition; at how such a haunting track can be rounded at the edges at the same time.

badbye flickers into uhgood. An interesting take on this track is how the original title of the song translates into 어긋 (uh-geut), which means to either fall short of expectations or miss each other by going in different routes. The irony is how the Korean title’s negative energy is directly opposed to the English track’s positivity. uhgood describes RM’s torment within himself and the discomfort that comes along with relying on yourself for comfort. RM battles with coming to terms with himself but also realizes he would choose himself over anyone else.

With uhgood, comes everythingoes, a fast-paced track that swells with music and RM repeating “Everything goes, everything goes. It shall pass.” RM describes the song as a mantra to himself, as a reminder and brings down a sense of hope. The song highlights on how all kinds of pain eventually passes through, drawing out all kinds of beauty found in nature and how everything and everyone has to go through different forms of suffering.

We come to the last track, forever rain, and the only track with a music video unlike moonchild and seoul that both have lyric videos to themselves. forever rain begins with a light pattering of rain and fades into the gentle keys of a piano. RM describes forever rain as a song he wants to be played at his own funeral, describing it as a song that no other track of his could be capable of being him more. forever rain‘s lyrics are deeply heart wrenching and speak about the inexplicable loneliness that comes with being. A lyric from forever rain goes “When it rains, I, a bit, feel like I have a friend. It keeps knocking on my windows and asks me how I’m doing.” He talks about how he wishes it rained more so people wouldn’t notice the tears on his face.

RM believes that no one truly ever listens to albums anymore, choosing to skip on title tracks and using it to determine the tone of an album. mono. is an album that heavily opposes this stigma. When one sits down and listens, instead of feeling the catharsis a single track holds, listening to the entire album brings out a series of catharsis and epiphanies.

All in all, mono remains a friend to many. The indescribable comfort that comes with listening to it is a very difficult thing to describe into words.

RM spoke about his deliberate choice of not releasing official translations and wanted his audience to first hear with their hearts and then their minds.

mono. is different from RM’s first mixtape titled RM, although the genius and integrity remain quite the same. mono. is a gentle reminder that human feelings — isolation, happiness, abandonment and internal conflict — are all very human and we might share more similarities with the people standing next to us than we think. It is a gentle but quite firm reminder that it is okay to feel, to venture out and wander uselessly before coming back home.

This article was written by our guest writer Fawzul Himaya Hareed, this was her first article on 9 Magazine. Fawzul is an eighteen-year-old Sri Lankan who likes tea on some days, coffee on others. When she is not having heated debates on feminism, she can be seen watching reruns of B99 with her cat Fluffy.
…
Edited by: Nil Üzer
Previous Article