Because it was he; because it was myself: “Call me by your name”; the film that studies the ambiguous nature of love

Last year “Call Me By Your Name” met it’s audience at its screening for “filmekimi” in Istanbul and immediately took its place in our hearts.  Although it has been a year since then, the effect it  created and the feelings it introduced to its audience stay very much alive today.  The movie adaptation of Andre Aciman’s novel, by Luca Guadagnino, is about a love story that has freely opened it’s wings and dragged us all in for its unforgettable flight. It was actually filmed as an independent movie however it caught the strong attention of many in a very short time.  It’s screenplay, written by James Ivory was awarded “Best Adapted Screenplay” at the 90th Academy Awards last year and is well diserving of it since it reflects themes such as first love, excitement and youth’s  sentimental fragments in such beauty without losing their novelty and imperfect nature.

This film reflects to the big screen the merging of two people that call each other by their own names and tells the story of the love they freely lived.  Elio and Oliver let the audience witness the coming together of two bodies by crossing each other’s individuality borders(becoming one). Them being able to live their feelings freely for each other and also be in a relationship, where one ends and the other begins is just another frivolous detail, by creating their own world and shelter for one another elevates this film into a unique state. The two main personas who emancipate themselves from the necessity of classifying love, and the supporting characters who back their decision, deepen the effect of the film.  Thus, the audience is able to let go of the impulse to label feelings and lose theirselves in Elio’s fantasies. 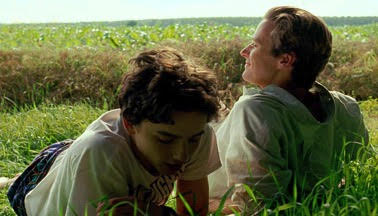 I believe that whoever passes the undulant roads, the hills that make the heart live it’s firsts and the breathtaking ramps of Elio and Oliver’s journey, experiences their feelings and thoughts taking wings and flying around as though they’ve just broken their chains. They would be living through all of Elio and Oliver’s midnight chitchats and Oliver’s distant “Later”s as if they were in the film themselves.  From the moment Oliver steps out of the car for the first time until the moment of Elio’s speech with his father (the one that touched all our hearts), we get the chance to watch everything as if we were somewhere in northern Italy in the mid-eighties. Maybe this is one of the reasons it allures us to itself.  To be able to perceive all those youthful feelings, to feel the blowing wind from the Pearlmans’ balcony and to be a true part of their story, all make this film different and exceptional at the same time. 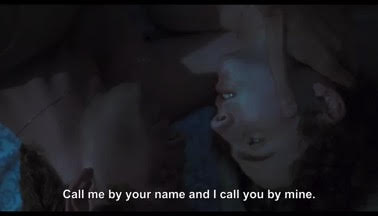 This movie becomes “art” with the combination of its music, scenery, colours, thorough study of feelings and warmth through Elio’s tears of his memories of Oliver. Hence the only way to explain this exceptional love story is with the words of Montaigne that was written five hundred years ago: “Because it was he; because it was myself.”

This article has been written by Maide Çebi for 9 Magazine. She is interested in cinema, film and photography. Since “Call Me By Your Name” came out a year ago, she gathered her opinions and interpretations about it, for 9 Magazine.