Yves Saint Laurent was a designer who believed that fashion is art. He had an art collection which included works by Henri Matisse, James Ensor, Constantin Brancusi, and Pablo Picasso. Being an art fan, it’s no surprise it was one of his sources of inspiration. 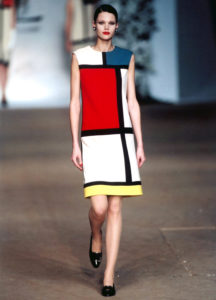 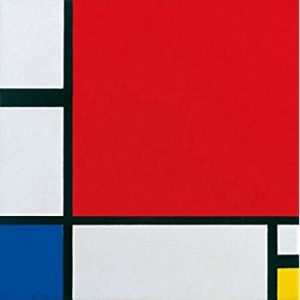 Composition with Red, Blue and Yellow by Piet Mondrian 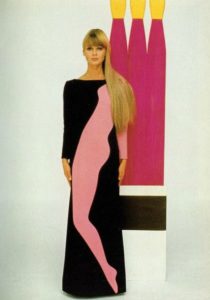 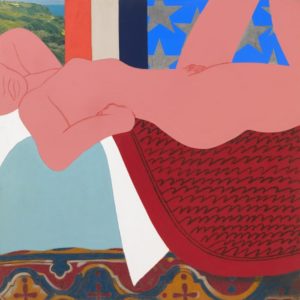 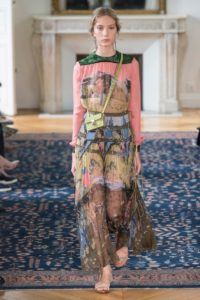 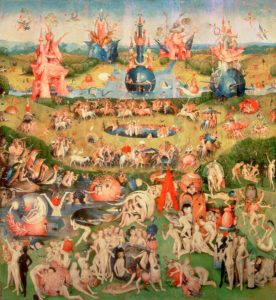 The Garden of Earthly Delights by Hieronymus Bosch

The 2018 MET Gala’s theme was, “Heavenly Bodies: Fashion and The Catholic Imagination”, so many designers were inspired by Catholic art. One of the dresses that stood out was the dress Vera Wang designed for Ariana Grande. This fairytale gown is  screen-printed with images from Michelangelo’s iconic fresco, The Last Judgement, which adorns the sanctuary wall of the Sistine Chapel. 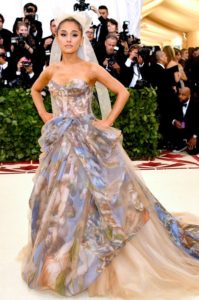 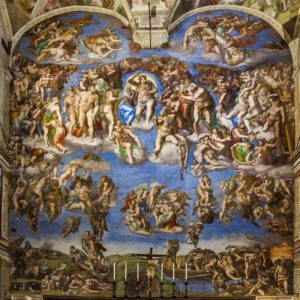 The Last Judgement by Michelangelo

For Celine’s Spring 2017 collection Phone Philo was inspired by the post-war French artist Yves Klein’s Anthropometry of the Blue Period. 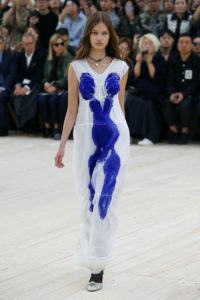 Anthropometry of the Blue Period by Yves Klein’s

Louis Vuitton collaborated with  Jeff Koons for their Masters collection. This collection features bags that were printed with iconic paintings from artists including Leonardo Da Vinci, Van Gogh, Claude Monet and many more.

In 1991, Gianni Versace made a collection that featured dresses inspired by pop-art. Versace’s passion for Warhol started during one of his trips to New York. This collection was highly influenced by media and visual culture. Donatella Versace payed tribute to her brothers work with Versace’s Spring 2018 collection where she recreated the iconic pop-art inspired prints. 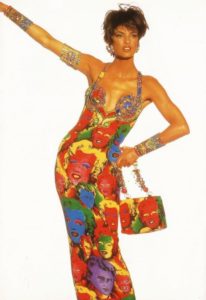 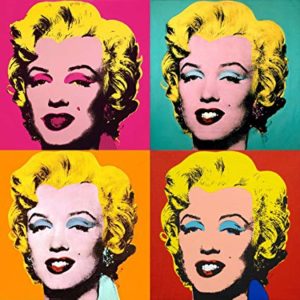 For their Winter 2014 collection, Domenico Dolce and Stefano Gabbana were inspired by the Byzantine mosaics of Sicily’s Cathedral of Monreale. 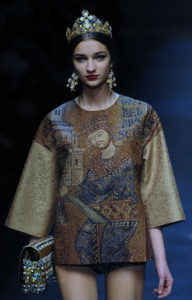 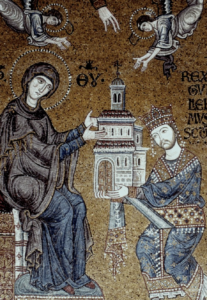 Mary Katrantzou is a greek designer who never wanted to use greek motifs in her designs because she thought it would be too obvious. Then, in her Spring 2017 collection she did. 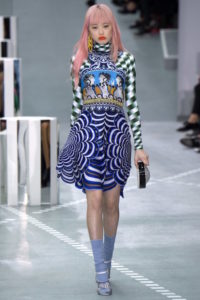 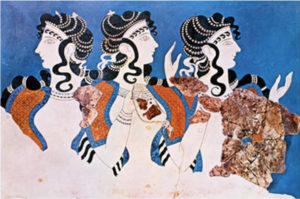 This dress was featured in Alexander McQueen’s Spring-Summer 2011 Collection. The motifs on it took inspiration for Untitled (1932), Feng Chaoran. 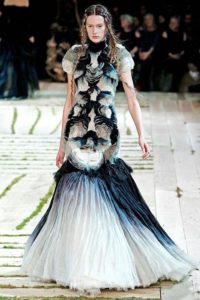 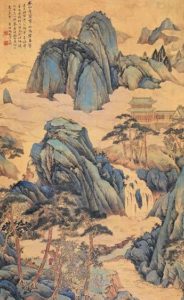