In our summer issue, we decided on the theme #9FEAR. 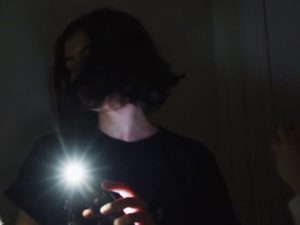 We all have it, one way or another.

Even if you’re someone who is proud of having no fear at all (in which case you are, I’m sorry, but a liar) you’re probably afraid of having fear, or of fear itself.

Acrophobia, the fear of heights,

Pteromerhanophobia, the fear of flying,

Claustrophobia, the fear of enclosed spaces,

Entomophobia, the fear of insects,

Cynophobia, the fear of dogs,

Pyrophobia, the fear of fire,

Astraphobia, the fear of storms,

Glossophobia, the fear of speaking in public,

Coulrophobia, the fear of clowns,

Ophidiophobia, the fear of snakes,

FOMO, which stands for the fear of missing out,

Some fears are viewed as more natural while some of them could be seen as an exaggeration.  Like the fear of flowers, Anthrophobia, who in the world is afraid of flowers? What scares you about these beautiful plants with colorful petals? (fun fact: there is a fear of colors as well, specifically of the colors white and purple)

What causes fear? Ranges from childhood traumas or things we observe and hear about.

You’ve probably heard the term fight-or-flight before. Well, fear is a big factor in deciding which option to choose. It sends signals to the brain – starting by the amygdala, which detects the emotional salience of what we sensed, the stimuli – which basically means how much something stands out to us. The amygdala activates motor functions which are involved in fight or flight, depending on which option is the better one. Fear usually chooses flight unless we decide to face it.

You might not have thought about what I’m about to say before because of all the inspirational quotes screaming “A head full of fears has no space for dreams” and even Yoda of Star Wars saying “Fear is the path to the dark side. Fear leads to anger. Anger leads to hate. Hate leads to suffering.” But is fear bad for us? Is this issue as black and white as some would think of it to be?

Of course not. Like everything, there is a balance to fear. Not all fear is bad.

Think of our ancestors. Observing that wild animals can sometimes harm them, they usually approached deceased ones and insects (flight). As their technology advanced and as they invented more tools, they started hunting more aggressively (fight).

Fear can be a tool to drive us to something good. But usually, along the way, it has its negative effects. Let’s say there is someone with a fear of imperfection, called atelophobia. This person tries their very hardest to get perfect marks on exams and make sure absolutely everything they do is perfect. If they are copying a drawing, it has to be identical. If they are singing a song, it has to be in the right pitch, if they are cooking a meal, it has to have the exact amount of salt necessary. This person will excel in every single thing that they do, but it will have consequences: on their mental health and well-being. They will put too much unnecessary pressure on themselves and then one day, explode.

Most fears are similar, having both positive and negative consequences. The trick is to see which side (the positive or the negative one) weighs heavier in your life. What are you willing to sacrifice?

Plato was wise to say “Courage is knowing what not to fear.” so keep that in mind the next time you’re full of it.

HEY YOU! Yes, you. Do you have an article idea in mind (about FEAR – or anything really) and want to share it with the world? You’re in the right place! Here at 9, we’re always looking for guest writers who are willing to contribute their thoughts and ideas in the form of an article. Interested? Please don’t hesitate to send us an email at mail.ninemagazine@gmail.com, we look forward to hearing from you!

Closed Doors from Your Lives