If you were to be walking down a street and you saw a bunny, would you kill it just for your own benefit? I mean, why would you actually kill an innocent animal, right? Then why would you cause them to be killed by buying products that do tests on animals?

According to PETA, 115 million animals are used and killed in animal testing every year. The leading countries that are involved in animal testing are the US, Japan, China, Australia, France, Canada, UK, Germany, Taiwan, and Brazil. The animals that are used most in these tests are mice, rabbits, monkeys, cats, dogs, and even horses. All these animals suffer from diseases and an extreme amount of pain. To give an example, rats are force-fed a cosmetic chemical for two years. These rats aren’t very strong so they get cancer. If the chemical has no effect on the outer skin, scientists then cut open the body to see the chemicals’ effect on internal organs. 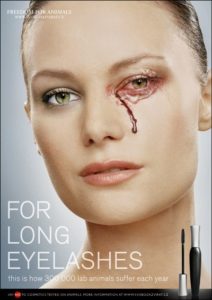 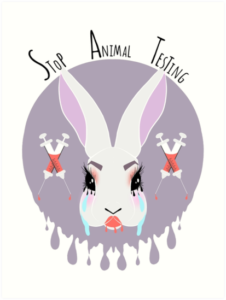 So, how can you understand if something is cruelty-free or not? The leading source on cruelty-free products is the Leaping Bunny Program which is the gold standard for cruelty-free certification for companies who don’t test on animals. In 1996, cruelty-free shopping became popular which lead people to be confused and frustrated from trying to find real cruelty-free products. Some companies even started putting fake logos on their products to be seen as cruelty-free, even though they were still doing those cruel tests on animals. In response, eight national animal protection groups came together – forming the Coalition for Consumer Information on Cosmetics. They then developed one single and internationally known Leaping Bunny logo. 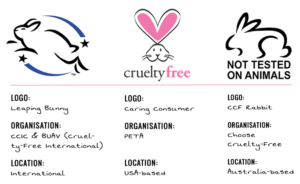 Even though these are some pretty nice cosmetic companies, the ones who test on animals include one of the biggest companies in the industry, such as MAC, Maybelline, Loreal Paris,  Garnier, Neutrogena, Victoria’s Secret, Benefit, Clinique, Nivea, Covergirl and Avon. 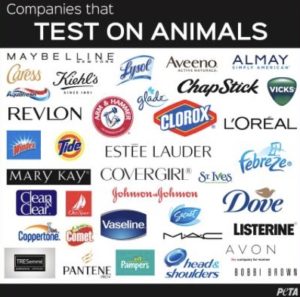 The companies’ excuse for testing on animals is that they want to sell in China. While the EU banned animal testing in 2013, China, which is one of the biggest cosmetic markets in the world requires animal testing for their products. These rules apply to cosmetics, homecare and cleaning products. 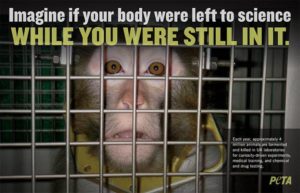 We all share this planet. Just because they can’t stand up to us doesn’t mean we can use animals for our own benefit by violating their main right of living in safety. We believe that each creature has the right to live and that we don’t have the right to treat them as if they are objects. It doesn’t make sense to do animal testing if it is not ethical, not even reliable and not our only choice. With new technology, other alternatives, and 21st-century science, we can stop this cruel action.

This is Elif Duru’s second time writing for 9 Magazine. Her second article for 9 Magazine about animal testing was presented in Global Issues Network as well as her previous article about sexualizing women bodies. Duru is in GIN Club and she likes to speak up current news and global issues.