We see gender inequality in the media every day, everywhere but we got so used to it that we don’t even realize it’s gender sexualising we see. 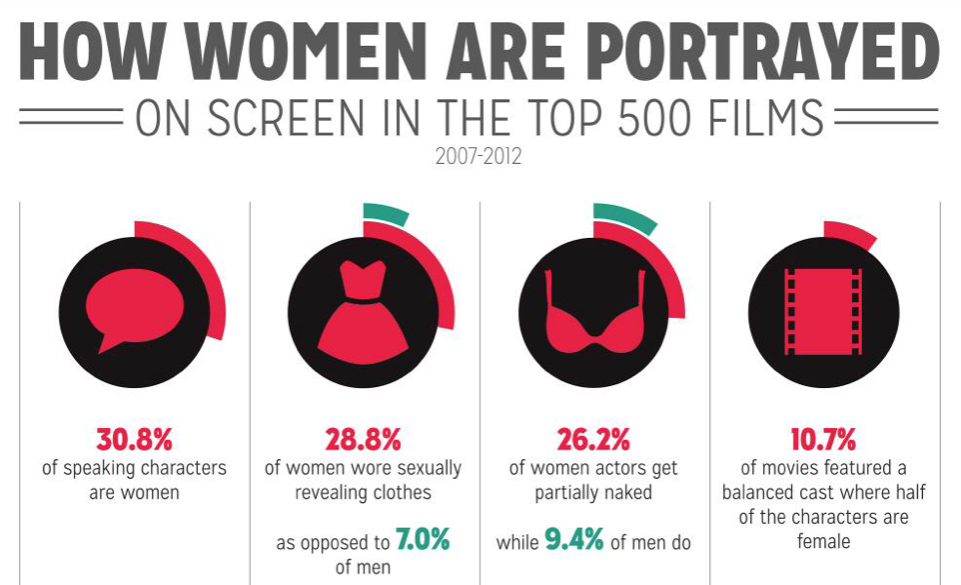 I’m by no means trying to say that men don’t get sexualised but when you look at the statistics of women in film, the results show that women roles are far more sexualised than mens. 39.8 % of women wear sexually revealing clothing while 6.7 % of the men do. 30% of women get partially naked in films while 10.3% of men do. Now, as I said we can see that female roles are used as sexual figures way more than male roles.

This doesn’t happen only on the big screen, this also happens in ads shown on TV, in music videos and billboards all around the world. If you think about it, young-old everyone sees these ads and the idea that’s shaped in their heads about women are them being sexual figures. It’s not acceptable for little girls to portray their future selves as stereotypical sex figures and not OK for anyone else to think it’s OK to sexualise women like that. By disrespecting them and their personality.

This happens to both men and women but women are often pulled into situations where their gender gets in the way of their accomplishments in the media. They come out with a single and the press talks about the cover pose they made and how revealing their clothes were rather than the music. They attend a conference and the media judges them on their outfit choice or weight gain. The media manipulates events and focuses on the sexual side of them and not the important role of them.

Actress and model Nicole Kidman was knocked to the ground by a paparazzi on a bike while she was walking down the street and could have been injured, but what made it to the news was how bad she looked after her weight loss and how you could see her bra through her dress. 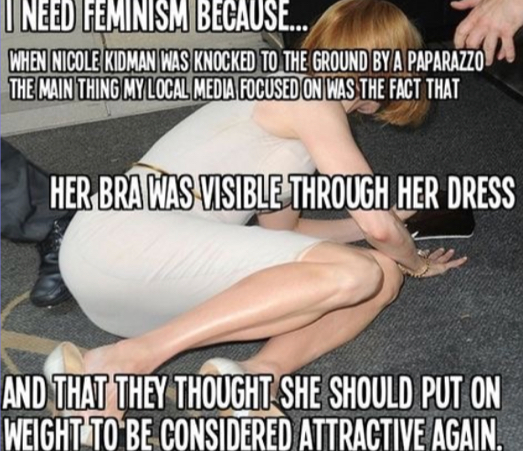 In a more recent event, Ariana Grande got harassed. She attended Aretha Franklin’s tribute funeral who was the Queen of Soul so a lot of people from the music industry were there. She got harassed by the bishop as she was standing next to him. She looked extremely uncomfortable and confused. However, what the media talked about was the length of her dress. 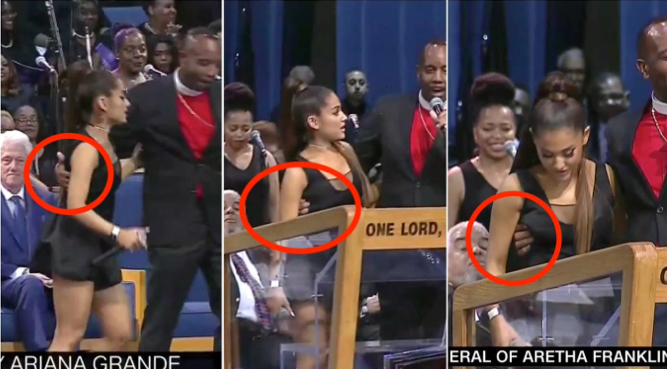 The view of society towards sexualising men and women are very different. While a lot of half-naked women are being used in male artists music videos one of Hadise’s music videos was nearly demonetized because there was a shirtless guy next to her in bed. She got attacked just for being a woman using a male model. To sum this up I want to use Emma Watson’s words from her He For She speech: “…when at eight I was confused at being called ‘bossy,’ because I wanted to direct the plays we would put on for our parents—but the boys were not. When at 14 I started being sexualised by certain elements of the press. When at 15 my girlfriends started dropping out of their sports teams because they didn’t want to appear ‘muscly.’ When at 18 my male friends were unable to express their feelings. I decided I was a feminist…” 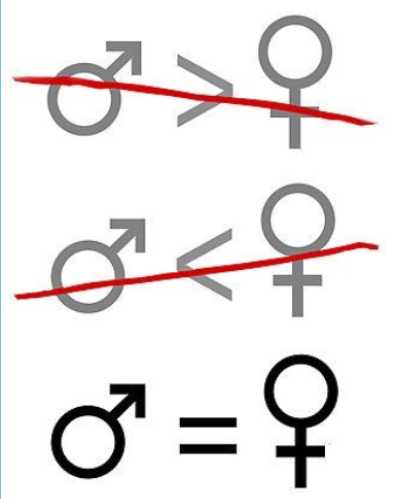 The meaning of the word feminism is misunderstood as men hating. Feminists don’t hate men at all, they want to be treated equally. Feminism also has an aspect called masculism which means they also support mens rights.

Don’t be afraid of the word feminism.

Support genders having equal rights, that is feminism.

This article was written by guest writer Elif Duru Erdoğan, this is her first article for 9 Magazine. She is part of the Global Issues Network Club and is interested in topics like gender inequality and animal rights. She originally presented this article in Global Issues Network in Terakki High School. To learn more about GIN Club, you can follow @tvoginclub on Instagram. If you have any questions for Duru, you can reach her through her Instagram account @durunavy.

Let Everyone Love What They Love!

Pink Tax: The Cost of Being a Female