Have you ever heard the name Mihri Müşfik? Even though her name is forgotten compared to the other Turkish painters, she even has a painting in Louvre Museum. Unfortunately, her name is not well-known anymore…

To celebrate the Republic Day of Turkey, Mihri Müşfik is the best choice because she lived in that period and she was a pioneering role model for the other women artists.

She was born in 1887 in Istanbul. She grew up in a wealthy Ottoman family so she had the best education in that period. In her late teenage years, she got into opera, painting, and music. She got painting lessons from Fausto Zonaro when she decided to make a career in painting. From her lessons with Zonaro, she learned more about art and modern art. 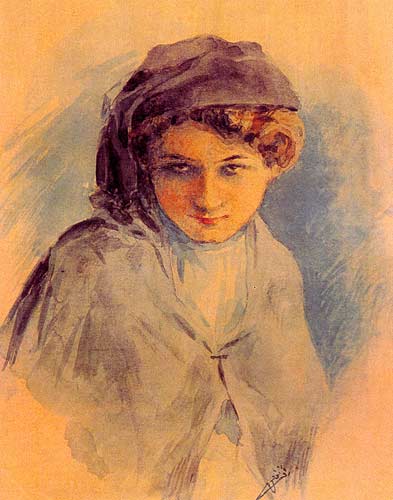 When Mihri Müşfik was only 17 she traveled to Italy with a fake passport. Her relationship with the orchestra conductor got worse so she left Rome and went to Paris to study painting more. She mostly painted portraits and figures in Paris. Mihri Müşfik had to rent a small apartment for her studio and home. In Paris, she met Cevdet Bey and he asked Müşfik if she was interested in teaching in Istanbul’s celebrated art school Sanay-i Nefise. 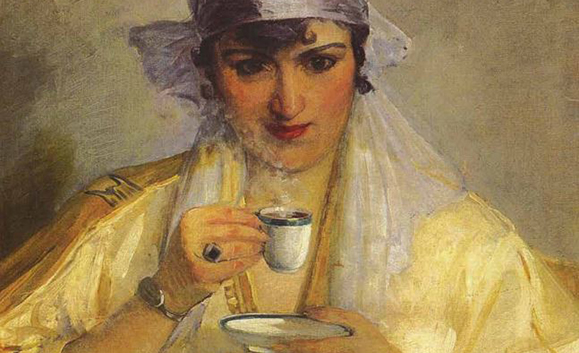 When Mihri Müşik was teaching in Sanay-i Nefise, she had students like  Aliye Berger, Fahrelnissa Zeid and Nazlı Ecevit. Those students were the other pioneering women artists of contemporary art. Müşfik also motivated women artists to exhibit their work in galleries unlike other painters.

In 1919 she suddenly left Istanbul and went to Italy. Following years of Müşrik was spent in Rome, Istanbul, and Paris studying and sometimes teaching in private schools. In 1923 her close friend poet Gabriel D’Annunzio introduced Müşfik to Pope in Vatican City. Müşfik painted a portrait of Pope. She was the first Muslim painter who painted Pope. This painting is now exhibited in the Vatican Museum.

Around 1920’s she came back to Turkey to visit Atatürk in Çankaya Mansion. She painted Atatürk standing and she presented this painting to Atatürk himself. The painting was lost for a long time until it was found in the 1990’s.

After painting Atatürk she went to Paris again because her painting ”Çingene” (”Gypsy”) was accepted into Louvre Museum. She was extremely happy until her niece Hale Asaf died in Paris. After her death, Mihri Müşfik lest Paris and never came back.

She moved to the United States after her niece died. She couldn’t come back to Turkey because she wasn’t welcomed due to her fame in painting as women. In 1928 she had a personal exhibition in New York and she gave private painting lessons to children. Unfortunately, her health got worse over the years and she lived her last years in poverty.

In 1954 she died and was buried in a cemetery of the nameless.

Even though most of her paintings are lost today, Mihri Müşfik is a really important figure in art history. She fought against prejudice people who taught women couldn’t be artists.

Her name is not well-known enough but she is the pioneering women painter of Turkey’s Republican Revolution.

Today is the Republican Day, so let’s celebrate with women’s success in art.